Many of the manufacturers in Egypt today do not have the right infrastructure of the supply chain in place to reach merchants. Nouh says that manufacturers can only reach 30% of merchants in the market, but with Capiter, that number goes up between 80% to 100%.

Also, a large portion of the manufacturers’ end trade happens via traditional channels where there is basically no transparency over data or market insights.

Using machine learning, Capiter says it helps these manufacturers gain critical insights into the markets they serve, the products they sell, and how they fair with the competition.

Then for merchants, Capiter attends to three problems. The first is the inconvenience merchants have to deal with engaging several suppliers to find the right product. The second is transparency, which involves some back and forth between merchants and manufacturers on pricing. The third is that merchants often have little or no access to working capital to get the right product and the right time.

Then it affords working capital to them to buy more products even when they are strapped for cash. Capiter partners with local banks in Egypt and the Central Bank to perform this.

Capiter has more than 12 merchant types on its platform, including mom-and-pop stores, hotels, restaurants, cafes, electronic shops, supermarkets, grocery shops, and catering companies, each with its own customized solutions.

“We’re able to get the data from the products they buy. So we offer them the best solution on what they should sell, at what time, and peak seasons, including when are the offerings happening. All of these are customized solutions that we offer,” said Mahmoud Nouh.

Typically B2B e-commerce platforms operate either asset-light or inventory-heavy models. Nouh tells me that Capiter chose to use a hybrid model — making deliveries without owning any trucks to ensure scalability and owning inventory, especially for high-turnover products helping the company with high availability and better pricing.

“This way has enabled us to scale the business in a very fast manner and at the same time, efficiently and reliably. Regarding warehouses and trucks, we don’t own them; we rent them. We deal with third-party logistics for transportation and we manage them.”

Over 50,000 merchants and 1,000 sellers use Capiter. According to CEO Nouh, the company has provided up to 6,000 SKUs. He also adds that the company is targeting an annualized revenue of $1 billion by next year.

“We’re on a very good trajectory for achieving this,” he added. “In terms of team members, we have a team of more than 1,000 people at the moment, including in warehouses, delivery, etc. So we’ve seen good traction across all board,” he answered when asked about Capiter’s traction.

Quona Capital, the co-lead investor in this round, is known to have made some B2B e-commerce bets over the past years, for instance, Kenya’s Sokowatch. The investment in Capiter adds to the firm’s portfolio in that regard and a growing presence in the MENA region being its first check made in Egypt.

In a statement, Quona co-founder and managing partner Monica Brand Engel said, “Capiter’s embedded finance model, combined with its expertise and strong user engagement, can have a dramatic impact on the financial lives of SMEs, helping them optimize their income which helps communities to thrive.”

“SME supply chain inefficiencies are massive throughout the Middle East. We believe the key blocker is the lack of working capital in the system. Capiter has built an asset-light way to aggregate retailers and suppliers and facilitate credit into the system through a comprehensive multi-product offering such as commerce, credit financing, digital payments, bookkeeping, and inventory management for SMEs, leveraging on the ecosystem built by the local banks and financial institutions.” adds Ben Harburg, partner at MSA Capital, a global VC that has invested in fintechs like Nubank and Klarna.

According to Ahmed Nouh, the company’s COO, Capiter will expand into new verticals like agriculture and pharmaceutical offerings.

The co-founder brings experience from the shipping and logistics space. Both he and Mahmoud are serial entrepreneurs. The latter’s journey is quite prominent, having worked in the mobility space as the co-founder and COO of Egyptian ride-hailing company SWVL. The company recently announced a potential SPAC deal valuing it at $1.5 billion and is one of the few African startups breeding a tech mafia. Ahmed Sabbah, another co-founder of the company, now runs early-stage fintech startup Telda.

Capiter has attracted a global team that brings together expertise from companies like Careem and Flipkart needed to achieve the company’s targets, said Mahmoud.

He adds that the team, alongside the provision of financial services via partnerships with banks and its hybrid model, are ways the company stands out in a competitive market with the likes of Fatura, Bosta, and MaxAB.

Following this investment, the company plans to expand vertically (in terms of the buyer type) and geographically within the next year.

“We want to serve every single SME in the MENA region and expanding inside Egypt and globally.” He adds that Savola Group, one of its investors and the largest investor for FMCG products in the MENA region, will prove pivotal to this growth. Capiter also plans to diversify its financial services offerings to include payments.

What You Need To Know About Capiter

Capiter was launched in July 2020 by Mahmoud Nouh and Ahmed Nouh. Speaking with TechCrunch, CEO Mahmoud Nouh says Capiter solves problems around reach and insights for suppliers and manufacturers.

With Capiter, merchants can order products from FMCGs and wholesalers while the company delivers them. Capiter also provides fair pricing and matching techniques that showcase a wide range of inventory for merchants. 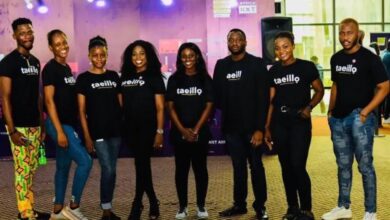 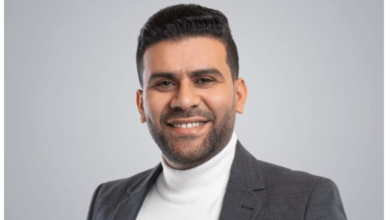 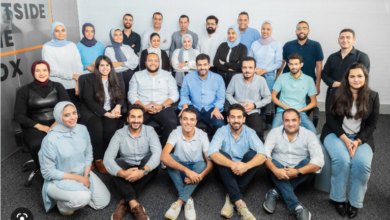