Asides being the biggest acquisition of a Nigerian startup, this is also Stripe’s largest check for any startup.

At a time when innovation and opportunities in financial technology are reaching unprecedented heights, this deal seems to be the icing on the cake.

Shola Akinlade, Paystack’s Founder and CEO, had this to say about the acquisition.

“Paystack is a growth engine for modern businesses in Africa, and we couldn’t be more excited to join forces with Stripe, whose mission and values are so aligned with ours, to nurture transformative businesses on the continent.”

The startup has grown so big that it’s said to process more than half of Nigeria’s online transactions. And currently, over 60,000 businesses in Nigeria and Ghana use the platform to collect online and offline payments.

As Paystack continues to operate independently, we take a look at the possible impacts of the Stripe-Paystack deal on the Nigerian startup ecosystem.

During his university days, Akinlade was building contract websites for banks and web apps for clients.

He would go on to work at Heineken Nigeria, a brewery company. Bored, he figured that he could do more with the time he was wasting at Heineken.

“It was supposed to be the perfect job. I just figured out that I was still spending my core hours not building and I’m a builder,” he told Dotun Olowoporoku during episode 11 of Building the Future Podcast in 2017.

Subsequently, Akinlade co-founded Precurio, an enterprise internal collaboration tool, with Mayowa Okegbenle. But after six years of bootstrapping the company, he left in 2013 to focus on consulting projects for banks.

It was then he started thinking about the concept of financial technology and payments.

“One of the projects I was doing for one bank, I was playing around with my card by connecting it to my localhost. Then I put in my card details, wrote some code, and immediately got a debit alert.”

Validation of startups and ecosystem efforts

That was how Akinlade got the idea for Paystack in 2014. His long-time friend, Ezra Olubi, came in as Co-founder and CTO in 2015.

With a handful of customers like Gingerbox and Jekalo, and a dozen other companies on its waiting list, Paystack got into US-based seed-stage accelerator, Y Combinator (YC) in 2016, a year after launching.

In 2018, Paystack completed its Series A round of $8 million led by Stripe, with participation from global payments company, Visa, Y Combinator, and Tencent.

Paystack’s imminent success opened the door for other Nigerian startups to get into YC, access foreign investments, and raise significant rounds.

Since Paystack, Nigerian startups like Kudi, Tizeti, Flutterwave, Wallets Africa, 54gene, and Kobo360 have gone on to raise million-dollar rounds.

However, players in Nigeria’s tech ecosystem have had questions about the potential exits of these startups.

It is commendable that these deals came from local partners; however, Paystack’s acquisition ushered in something new: a foreign juggernaut acquiring a similar local player for a large sum.

This acquisition is a huge win considering all the work startups and supporting stakeholders do. Not only does it prove that exits can happen, but it also proves that getting acquired by a foreign entity is possible.

Local investors will be vital to finding the ‘next Paystack’

According to Paystack’s SEC filing when raising its Series A, the startup had over 40 investors since its $1.3 million seed round in 2016. Among them were local players who placed early bets on the startup in its formative years.

Founder of TechCircle, Osita Nwoye, for instance, was a driving force behind the startup’s acceptance into Y Combinator and is known to be one of its leading evangelists.

With the acquisition, it is safe to say that no matter how minute their stakes might be in the startup, they’ll be getting decent returns. Paystack’s sale and the ROI for these investors will send different messages throughout the country and the African tech ecosystem at large.

For local investors, including sceptical high-net-worth individuals (HNIs), it creates the fear of missing out (FOMO) on the next Paystack.

In the first and second quarters of 2020, Nigerian startups raised $55.37m and $28.35m, respectively. Of the total amounts raised, local investors provided a meagre 1% and 5% in the two quarters, respectively.

Only time will tell if Paystack’s acquisition will improve these numbers.

Like Paystack, most Nigerian startups receive investments from foreign investors. However, there’s only a handful to pick from.

It is important to note that for several reasons, a sparse number of exits, for instance, some foreign investors are sceptical about the Nigerian/African tech space.

This is why Paul Graham, Co-founder of YC, took a subtle dig at investors who haven’t realised the market’s potential.

To some extent, the acquisition of Paystack will change this narrative for foreigners. And in the coming years, more investors will sign checks as they see Nigeria as a market where startup exits are possible.

Youth empowerment and an influx of talent

In Paystack’s statement, Akinlade said this about the ongoing #EndSARS protests in Nigeria:

“We don’t want to draw attention away from the very serious conversations happening at all levels about police violence in Nigeria, especially against young makers. As a maker myself, and member of the tech community (a frequent target of the attacks) this matters deeply to me and everyone at Paystack.”

These protests are against police brutality, with protesters calling for the disbandment of a unit of the police force — the Special Anti-Robbery Squad (SARS). The squad is notorious for terrorising and extorting the average Nigerian youth while citing flimsy excuses like their appearance, the type of phone they use, the cars they drive, etc.

As gargantuan as their accomplishments are, Akinlade and Olubi are still likely SARS targets on a typical day when driving on the streets of Lagos.

While the Nigerian government continues to dilly-dally around the Nigerian youth’s #5for5 demands, Paystack’s acquisition presents a glimmer of hope for a tech ecosystem that has had its fair share of abuse and extortion at the hands of SARS operatives.

It shows the tenacity, drive, and talent of these software engineers, entrepreneurs, designers, and product managers, and other professionals to execute in the face of inhibitors like SARS.

The deal has also put the Nigerian tech scene on the global map, and hopefully, it acts as one of the catalysts in the government’s decision to meet the demands made of them.

Similarly, Stripe’s entry into Africa will usher more talent into the ecosystem as Paystack expands across the continent.

Another way this deal brings in talent is if the Nigerian startup ecosystem witnesses its version of the PayPal Mafia — a group of former PayPal employees and founders who have gone on to start successful tech companies like Tesla, LinkedIn, Square, and YouTube.

Having amassed knowledge and expertise during their time with Paystack and Stripe, it wouldn’t be surprising to see employees leave the company to start other high-flying tech startups. They will, in turn, increase the ecosystem’s talent pipeline.

For a company dubbed the ‘Stripe for Africa’, Paystack couldn’t have had a more befitting parent company.

As Stone Atwine, CEO of Eversend, argued in his tweet, these companies would instead buy local startups than expand organically, just as Stripe did.

Currently, these startups do not have the relationship Paystack has with Stripe; however, such may exist when these foreign counterparts look to expand into Nigeria and Africa as a whole. Therefore, it isn’t implausible to assume that they might acquire these startups in the foreseeable future.

Besides these players above, we might witness the acquisitions of other fintech players like Flutterwave, PiggyVest, and Cowrywise by local banks or international fintech companies in the coming years. 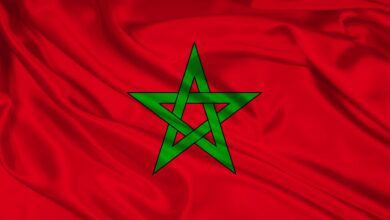 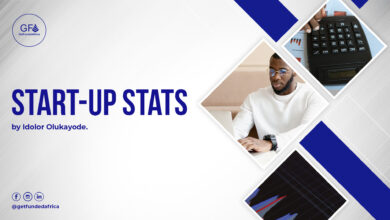 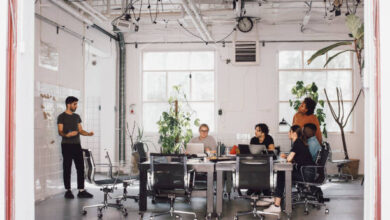 Start-up Teams: Are They a Special Breed?