Unlike the deliberate organization of the Cosa Nostra in either Europe or America, the rise of the Cellulant Mafia in East Africa is a different ball game altogether. And where the standard issue of five families exists, Cellulant has six under its belt and seems likely to expand even more.

Another difference between the two organizations lies in the rumour that one of them tends to be criminally inclined while the other deals in technology. One is seen as a bane of the government of its host country and the other assists the economy wherever it is located.

The Cosa Nostra’s history dates back to the 19th Century, and huge evidence (newspaper articles, court cases, movies, etc) have shone the organization in an unpalatable light. Cellulant, on the other hand, is shy of two decades of existence.

Cellulant: Where it all began

Cellulant is the leading pan-African payments company providing locally relevant and alternative payment methods for global, regional and local merchants. It has gone ahead to build the most connected payments Network in Africa.

According to techsafari, an online newsletter on African tech, “From a ringtone company to a payment processor, Cellulant is Kenya’s unlikely tech giant. They are quiet, but are right at the centre of Kenya’s tech ecosystem and behind the next wave of Kenya’s startup giants.”

The company is the brainchild of a Kenyan, Ken Njoroge, and a Nigerian, Bolaji Akinboro, who met at a dinner in 2001, swapped ideas and found common ground. This later led to sketching problem-solving models on serviettes.

Cellulant was launched in 2004 when the penetration of cellphone connections in Africa was expanding rapidly. The organization began business by selling ringtones for 82c.

From lord of the ringtones to payment processor: Cellulant’s timeline

⦁ 2007: Cellulant thrived in the cellphone era, amassing more than 8 million users paying for ringtones, earning the moniker ‘Lord of the Ringtones.’

⦁ 2012: Cellulant claimed to have 2% of Africa’s digital payment market across 18 African countries.

⦁ 2018: Raised $47.5m in Series C in 2018, a pivotal and important moment for African fintech, the biggest fintech raise in Africa at the time, funded by TPG’s Growth Rise Fund – a US fund with $13 billion under management.

Casting a long shadow: the six families of the Cellulant Mafia

In its nearly 20 years of operations, Cellulant has made significant waves in the East African tech ecosystem and unwittingly created the most East African founders, forming what Caleb Maru tags the rise of the Cellulant Mafia.

Below are the six families headed by their various dons:

Paul (Mwaura) Ndichu, founder of Wapi Pay PTE LTD. It has raised $2.2 Million to build rails for digital payments between Africa and Asia.

When Bolaji and Ken went into business together all those years ago, little did they know that their idea would one day extend beyond their operations and creating jobs, and translate into another positive impact now regarded as the Cellulant Mafia.

Their influence is, without doubt, copy-worthy and inspiring; something other start-up industries, who are yet to inspire as they have, should take note of.

GetFundedAfrica is building Africa’s largest tech-enabled marketplace which connects African founders with global mentors, coaches, corporates, investors, and government. Whether you want to raise funds ranging from $100, 000 to $50m or you simply want to grow your business, sign up for free at: www.getfundedafrica.com

What a Year in the African Ecosystem

JetStream, E-Logistics Platform, Raises $13M in a Series A Debt and Equity Round. 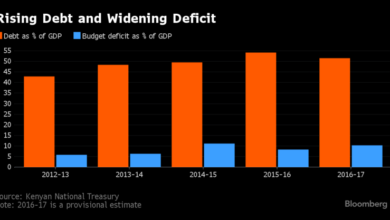 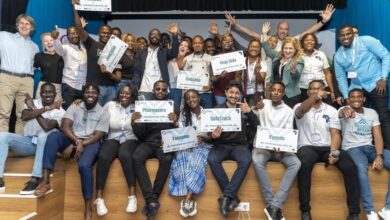 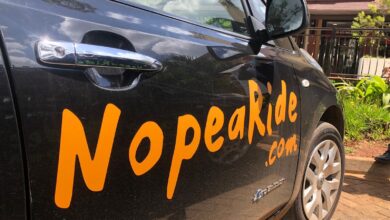