Two are better than one, so the expression from the holy bible says. It goes further to state the prospect of a return from such a collaboration, “Because they have a good reward for. . .” and mentions one of the benefits of having a partner by your side: “. . . for if they fall, the other will lift up his fellow:” Then switches to a drawback of being alone on a journey or a venture in life, and continues in that contrasting pattern – cheering a duo and diminishing a lone ranger. In other words, two heads (or more) are better than one. From the foregoing, it should be obvious, the answer to the above question: Are two founders (or more) better than one? A resounding yes ought to do it, right? Unfortunately or fortunately, depending on which side of the divide you are on, this does not seem to be the case in the start-up ecosystem.

One is the loneliest number, and a single start-up founder knows this feeling more than anyone else. Common wisdom and many industry veterans argue that it is a recipe for disaster. Though the freedom accompanying that solitary status can be somewhat intoxicating.

As a single founder, the buck stops at your table with your company. You own 100 per cent equity. You have the independence and power to execute your expectations, without having to defer to one or two other persons. No co-founder drama. You can make critical decisions in a more timely and concise manner, and, most likely, you will turn out a faster response time for tackling obstacles hindering your company’s progress. With little to no external influence, your vision can be carried out exactly as you propose. You are in control, and research supports your position as seen in this report about solo ventures vs founding teams.

But where positives abound in your solopreneurship, so also do the negatives lurk. Being alone, as previously mentioned, in this venture is one of the most glaring disadvantages. You are basically on your own. No co-founder to talk shop or with whom to sound off ideas. Diversity of ideas is non-existent. Moral and emotional support for the business comes from you. Any and every responsibility fall on your lap. You bear all the risks and take all the decisions. business. The be-all and end-all of your start-up, that’s you. You cannot afford the luxury of being sick as things might grind to a halt in your absence. You represent. . . everything.

And succeeding as a solo founder is not an impossible feat. Even when a start-up fact states that it takes single founders more than three times longer to scale than their duo co-founding counterparts.

Amazon, Dell, eBay, Spanx, Tumblr and WhatsApp are successful proofs of sole survivors. With such examples, are two founders (or more) better than one for the success of a start-up?

Let’s have a peek into the co-founders’ situation.

It Takes Two to Tango

Historically, investors are biased toward start-ups with co-founding teams than solo founders. This may be due to the management team being by far the most important factor that they consider. Investors invest in management teams and their abilities to execute on the business plan, primarily. In addition, the presence of a co-founder shows them that someone else already believes in the idea.

Co-founders also bring quite a lot to the start-up table. They possess complementary skills to yours which are required for the smooth running of the business – one could be all about the technical side while the other is big on sales and marketing. You have someone to divide and share the workload with, and there will be an assortment of ideas, perspectives and solutions to the range of challenges before the start-up.

It will be more fun sharing the highs and lows of the business with co-founders. There is better decision-making, and co-founders provide moral, emotional and sounding board support to one another. And because investors are looking for founding teams, it will be easier to secure funds. And just as responsibilities are shared among the co-founders, you get to do the same with the resources and risks of the venture.

The benefits of co-founding teams appear all nice and tidy, don’t they? However, like the solo entrepreneur, here come its downsides.

Remember that shared workload? Co-founders will be sharing in on the equity too. Though it is probable that the value of the company will be significantly higher as a result of scaling faster. You have to discuss/negotiate most decisions, if not all, with your co-founder. But as previously mentioned, the difference will be in the high quality of these decisions. If you have a falling out with your co-founder, this could be difficult; it might destroy the company if you do not have well-drafted legal agreements.

Google, Facebook, and Airbnb are three successful start-ups with founding teams despite the challenges they might have faced.

Are two founders (or more) really better than one for the success of a start-up?

Maybe. Maybe not. In the end, one situation (solopreneurship) does not trump the other (co-founders) or vice versa. Both arrangements have their merits and demerits. Going solo is not designed for every start-up, and sometimes two heads are not even remotely better than one. Deciding on which formation works best for a start-up hinges on a variety of factors. Do what you believe is best for the success of your start-up.

Egyptian E-grocery Marketplace ON Market Has Raised US$215,000 In Pre-Seed Funding To Further Expand Its Operations 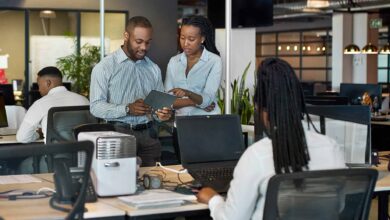 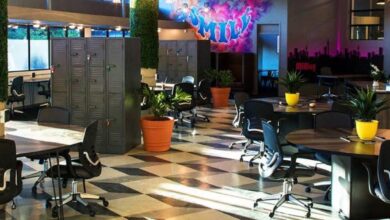 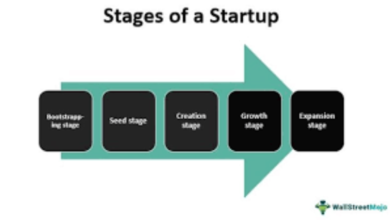