What began as a social experiment between two friends, eager to change a particular narrative, morphed into a platform for market research, tracking investments and fundraising activities on the continent. Today, GetFundedAfrica utilizes education, fundraising and technology services to enable African start-ups grow and scale.

Globally, small businesses and start-ups are the engine rooms of economic development. They provide opportunities for founders and create employment. They also boost local economies and create a multiplier effect that supports communities and neighbourhoods. The positive ripple effects of their activities are wide-ranging.

In Africa, start-ups and small businesses share similar importance as their international equivalents. However, other nuances – peculiar to the continent – obstruct and hinder their growth and/or successes. These could be anything from lack of infrastructure to a harsh operating environment; from hostile government policies to insufficient funding for businesses.

‘In researching the reason start-ups and small businesses are regarded as the engine rooms of development, why they are vital to economies, I discovered that most Fortune 500 companies – Google, Facebook, etc. – were venture capital backed in their early days,’ says Debo Omololu, CEO and co-founder of GetFundedAfrica. ‘About 95% of these companies received venture capital investments along their way to growth.’

In other words, modern economies as we know them – China, Germany, United Kingdom, USA, etc – have been literally shaped by venture capitals.

Venturing Into the Venture Service Space

The journey to GetFundedAfrica began when Debo observed that three generations of his family (great grandparents, grandparents and parents) grumbled about the same thing – the fact that things were not functioning properly in Nigeria, and indeed Africa. A fourth generation had risen to air their views about the society, and voila! it was like listening to a broken record; theirs were similar to what those before them had uttered.

Instead of carrying on the tradition of a litany of complaints, Debo began to ask questions: Are there any available models that can be deployed to change the situation? What can he (the present generation) do about it? This led to research about start-up venture capital funding and its role in society.

Though trained as a chartered accountant, Debo had to travel to Asia, a continent similar to Africa, to hone his skills in start-ups and venture capital funding, both concepts relatively new on the African continent.

Along the way, he reached out to Tunji Oke, a high school mate, who would later become GetFundedAfrica’s COO & co-founder. Interestingly, Tunji had identical grievances with the Nigerian and African environment, and was open to a plan of action.

Although they lacked the resources for a venture fund, they started gathering information. Information about available funds, the investors and the types of start-ups they supported, as well as other relevant data about the start-up ecosystem. On the other hand, start-ups lacked the know-how to access these funds, which were ready and willing to enhance their operations. Why not create a company with the sole aim of matching founders with the appropriate investors, thereby closing the gap in investments?

They started off creating a research company in 2018. Then, with tons of information and research, pivoted to a start-up model which became GetFundedAfrica in February 2020, just before the world shut down due to COVID-19.

Remember, there were no funds or expertise at their disposal, but Debo believed this: Once you can measure something, you can influence it too. This confidence unearthed more questions. Could they successfully track investments in Africa? Track and measure this vital element shaping and improving modern economies? Then go further to influence it in huge amounts to significantly benefit African start-ups? To impact societies? They were going to try at least.

Once you can measure something, you can influence it too.

Find and Fix The Problem, Add Value and Impact Society. But How?

Having discovered the gap, the next line of action was how to fill it up.

As mentioned earlier, GetFundedAfrica initially began as a research company in 2018. Debo Omololu and Tunji Oke leveraged their research backgrounds and started keeping track of investments on the continent.

According to Tunji: ‘We decided to start a blog, publishing all the various transactions happening in Africa. Essentially, we were creating a curated location where people could find fundraising information in Africa.’

In doing this, the two friends extracted a lot of data and developed their own database on fundraising endeavours – who was fundraising, what countries, industries where the investments were going to, etc, and, over time, they observed trends and began to predict future fundraising efforts.

They were able to put their plan into action with media and marketing research.

Soon after, two became three. Nichole Letween Manhire, a Zimbabwean, joined the duo and helped assemble information on investments and related events from across the web. Gradually, the process expanded to include interviews with people operating in the space. It went a long way to building GetFundedAfrica’s credibility, its knowledge base and what is now referred to as the #1 venture service firm in Africa.

While it is not a venture capital firm, it plans to develop a syndicated fund of its own eventually. But currently, it deals with matching start-ups with investors as well as other venture building and training opportunities in the fundraising space.. On the one hand, many founders seem at a loss as to what is required to access funding. On the other hand, a number of investors have intentional funds for start-ups, but regard most of them as investor unready. Apparently, there is more money available than investor-ready start-ups.

GetFundedAfrica mediates between these two crucial players of the ecosystem, attempting to reduce the inevitable friction by helping start-ups become attractive to investors, and helping investors understand the African landscape and its nuances in order to make investment decisions.

Now, investor unready businesses are those not set up for rapid growth. They might be growing at a steady, organic pace but the funds available are usually deployed for companies facing rapid growth. This is so because most investors come from outside of Africa and are in possession of long-term funding with a promise to pay it back.

Essentially, investors are looking for companies experiencing or have the potential for rapid growth, and GetFundedAfrica is solving this.

The #1 venture capital service firm in Africa provides three key services in its path to enabling African start-ups. They are learning & development, fundraising and media.

1. Learning & Development educates founders on what they ought to do to access the available funds. It also educates investors in terms of the nuances of the African market, as well as angel investors interested in Africa but who have never invested in an African company.

Learning and development play a pivotal role and remain one of the things GetFundedAfrica is big on. Currently, it operates three sets of educational tools/courses at different levels with three specific outcomes:

2. Fundraising: Due to the enormity of the funding issue, GetFundedAfrica runs a data-led model that reduces the funding time for start-ups. This also helps build relationships, over time, with serious venture capitalists.

Often, start-ups reach out to investors and may be disappointed at their disinterest in investing. Unknown to the founders, the investors’ attitude may stem from the investor having a different thesis from the start-up’s. For example, an investor who only invests in healthcare start-ups being approached by a PropTech start-up. So GetFundedAfrica has a tool optimally matching investors with start-ups. With more data, it has leveraged machine learning tools to refine the match between various start-ups and investors who can help them to raise funds, grow and excel.

3. Media: Having observed the struggle many founders and even VCs undergo to tell their stories, GetFundedAfrica uses media to solve this problem, to give them a voice to state their current positions, to talk about themselves and their businesses, and to literally take these companies from Africa to the world. Thus, concluding the triple system GetFundedAfrica deploys to bring founders and investors to the table.

In 2021, GetFundedAfrica was involved in about 3.6% of the start-up deals brokered on the African continent either through investor/start-up matching or as advisors to the investors or start-ups.

An impressive feat for a two-year company, a start-up in itself.

‘We don’t want to be the gatekeepers but ensure that there’s accelerated fundraising into African start-ups,’ remarks Debo, ‘and by extension, these businesses are able to change the face of societies in the different African countries.’

With its unprecedented involvement in deals from the previous year, it is safe to say that this venture service firm is well on its way to achieving its goals.

To serve its customer base, GetFundedAfrica is built as a product-focused company.

At the moment, 23 staff members are working in different cities or at the company offices in Abeokuta, Ogun State, Nigeria; all of whom were hired based on the implementation of customers’ feedback. There is a story behind its Abeokuta location instead of the more popular Lagos city (the tech and business capital of Nigeria) but that’s for another article.

Over the next few years, Debo & Tunji want to raise 100 African companies that are valued at over $100 million. Imagine the effect of that achievement on the continent. They would solve every day African problems, change narratives and raise the continent to enviable business levels globally.

They also want to be responsible for 5% or 10% of deals in Africa. Five years from now, they believe that GetFundedAfrica will itself be a unicorn, having a valuation of $1 billion or more.

‘I think that founders are superheroes. Doing business is hard; many people fail. Doing business in Africa with the existing infrastructure challenges is even harder. So, I charge founders: “Don’t give up. There might be challenges in what you’re currently doing but learn from them in order to grow, pivot, and achieve success in your journeys. Also, ensure that you keep in mind what’s important and why you’re doing what you do.

In addition, family is very important. Make sure you’re able to work whilst keeping intact your family, friends, mentors, mental health and several other things that are important to your wellbeing, achieving success in every area; you don’t have to give up one for the other,‘ advises Debo. 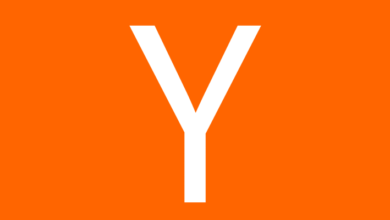 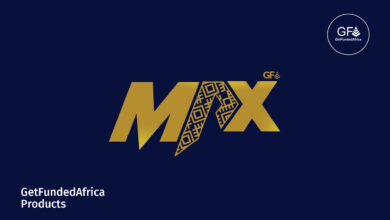 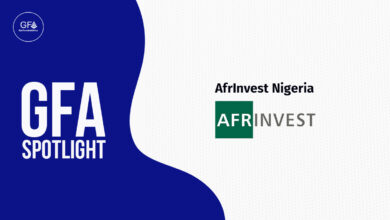 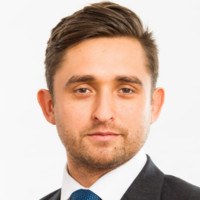