Mirror, mirror on the wall

Some of them make our skins scrawl

So far in this make-up artists series, we have focused on the professional individuals who deliver on the glam – flawless, smooth finishes; smoky eyeshadows; incredible eyeliners; elegant, classy facial looks; bridal make-up; understated and subtle and the entire works of face paint by African make-up artists.

Today, we turn our attention to others in the facial beauty industry. Others whose job it is to transform the young to wrinkled octogenarians. To colour in ugly where beauty once lived. And alter reality with the deft strokes of their brushes.

They are make-up artists all right, but trained and recognized for their special effects make-up artistry, sorely required in the film and entertainment industry. This form of art aims to be believable and convincing. Think Gary Oldman as Winston Churchill in Darkest Hour and the undead in Game of Thrones.

Although SFX make-up is often used as a general term to refer to both, there is a difference between the two disciplines. Prosthetics make-up involves sculpting, life casting and moulding that transforms an actor completely while special effects make-up applies to the pre-made prosthetics or smaller on-skin effects which could create the appearances of such things like wounds, scars and winkles directly applied onto the skin.

These SFX make-up artists are responsible for the gore and carnage effects in horror, thriller and war films, adding a sheen here or a shadow there to convincingly carry off a zombie/ghost character, creating bloodlike reality and frightening the living daylights out of audiences everywhere.

He is recognized as the pioneer and most decorated SFX make-up artist of Nollywood (the Nigerian motion picture industry). Gabriel started out initially with a desire to act but turned to make-up artistry by leveraging his forte in sketching and hair styling.

A veteran Nigerian director, Chico Ejiro, also noticed his talents and sent him for further training to hone them with Daminas Dagogo, a film director and producer famous for his make-up and special effects work on Nollywood films.

Since 1995, when the concept of SFX make-up was still novel on Nigerian movie sets, Gabriel has launched a long and fulfilling career in the field. Some of the films he worked on include Egg of Life, Out of Cage, Lost Kingdom, King Jaja of Opobo, Festival of Fire and After School Hours.

At 14, Lola began working as a make-up artist. Four years later, she left college and focused full time on make-up artistry, then joined a team to launch Iman Cosmetics in London. She’d go ahead to attend Pinewood Studios UK to refine her make-up skills.

When she returned to Nigeria to practice her craft, she discovered like Gabriel Okorie that it was still early days for SFX make-up in Nollywood. But she stuck with it, and finally got the opportunity to display her work on the movie, The Figurine, a Kunle Afolayan production, making it her first SFX make-up movie in Nollywood. She has since worked on several other movies including Turning Point, Flower Girl, Render to Caesar, October 1, Fifty, 93 Days, The CEO as well as MTV’s drama Shuga and musical videos. She is regarded as the Nigeria’s SFX queen.

According to him, he didn’t want to become a make-up artist. He aspired to be an actor in Nollywood. Cue like his counterpart above, Gabriel Okorie. However, that aspiration never blossomed. Today, he describes SFX make-up as his calling.

Hakeem realized that he could replicate any look he set his mind to and, consequently, invested in his make-up artistry skills. Known as the special effect guru in the Nigerian Make-up Industry, he is self-trained and started out in the Yoruba movie genre more than eight years ago.

His work can be seen in the following movies – House on the Hill, The Delivery Boy, King of Boys, Okafor’s Law, Idia: The Idah War, The Milkmaid, Omo Ghetto: The Saga.

He has a diploma in theatre arts, majoring in make-up and costume. Thus, earning him a bonafide reason to be counted in this list; he has also learned toward the creative side of life.

Less than a decade on the Gold Coast scene as a SFX make-up artist, Nathaniel has worked his magic on prominent movies like Baabani, My name is Ramadan, Apples and Bananas, Post Mortem, Pills and Potions, The Cell, as well as on the music video of Stonebwoy.

He is not only making a name for himself but slowing positioning to assume the status of the go-to SFX make-up artist in the in his country.

Nana Akua Amoakoah is a professionally trained make-up artist who got into SFX make-up because it wasn’t common in Ghana as well as the intrigue her love for horror movies presented to her. She was curious about the make-believe process of Hollywood and sought way to apply it to her own country’s film industry.

Using her siblings for practice runs, she experimented with cosmetic products and everyday pantry ingredients to recreate the effects she’d seen in the movies. She had fun and learned along the way. Then she posted the results on social media,

That got her into the Ghanaian movie industry and onto the set of her first ever film, Royal Diadem. The journey so far, according to Amoakoah, has been every bit worth the while.

Her love for the dread genre transformed this marketing graduate into one of Ghana’s pioneering SFX make-up artists.

Pauline Esinu Agropah is self-taught in the art of prosthetic casting, sculpting and moulding methods which has led her to work on some television series and musical videos.

Like Amokaoah, she posted her work on social media and exposed her talents to the public. It opened up opportunities in various productions and also gave her a leg into the Ghanaian film sector.

Before Fredrick started out as an intern make-up artist for Kenya Broadcasting Corporation (KBC), he had been a shampoo guy, a hair braider and ran a bodaboda business. Prior to all of these, young Frederick sketched images of himself as Father Fredrick; he’d wanted to be a priest initially.

He trained for six months in Vera Beauty College studying beauty, skin, massage, reflexology and covering make-up. Then interned at KBC where he was also retained full time for two years.

In his six years in the SFX industry, he has done two low budget productions; worked in the Spielworks TV production, Lies that Bind, where he created a special effect for the first time; and got his big break with Zamaradi Productions for 71 movies for MNET. He participated in 50 of them.

His passion and patience for his craft keeps him going.

Unlike Frederick, Grace knew right off the bat that she wanted to become a make-up artist; she had a passion for the art. So immediately after high school, she enrolled in a full beauty course – massage, nails, facials, hair. However, she leaned more towards make-up artistry.

Since venturing into the sector in 2011, she has worked on two movies Disconnect and 40 Sticks, some series – Mgema Akisifiwa, Maria – and a few ads. Her biggest project, however, was with Kenyan photographer, Osborne Macharia, who had been selected to work on the Afro-futuristic premiere project for Black Panther. The exposure Grace got was the highlight of the project for she teamed up with super talented artists such as Corrine Muthoni, Andrew Mageto, Richard Kinyua, Kevin Abbra, Valarie Mdeize and Sinitta Akello. 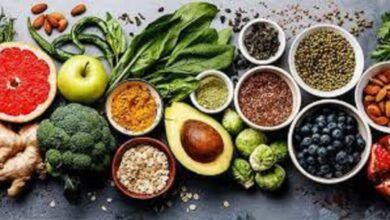 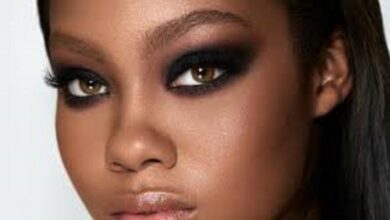 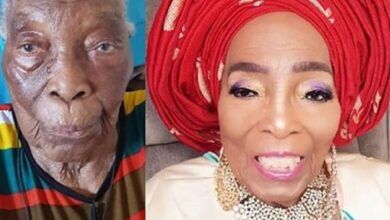 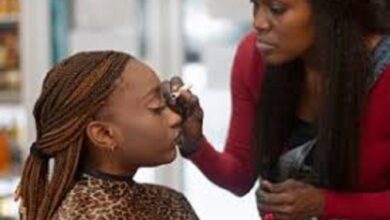