Whenever the phrase financial inclusion enters a discussion, you can be certain the terms underbanked and underserved are following closely behind. Also expected in the conversation are rural settings, cash-oriented communities, and technology-deprived individuals who may be described as simple and poor.

However, with innovative financial inclusion strategies by various organizations, the landscape of rural areas are changing and evolving, one community at a time.

PayCode is a fintech company that provides biometric identity and low-cost financial services in Africa’s deep rural areas. It is an African company founded in 2014, delivering financial inclusion to the underserved and unbanked population in Africa. Ralph Pecker, co-founder and CEO of the company, grew up in pastoral Zambia with unbanked parents who operated in a cash society that thrived for almost five generations.

PayCode is on a mission to change lives and financially include 50 million people in Africa by 2026. To achieve this, the company requires resources. In all its years of existence, PayCode has been completely self-funded by its shareholders.

Pecker said: ‘I am pleased, proud to say that only recently (Feb. 2022), our first investment came from a Nigerian company. It has taken equity in PayCode to help achieve our mission. This contract is to deliver another 20 million people in two new countries, one of which is Nigeria.’

PayCode plans to raise $10 million in a Series A funding next year and hopes to grow exponentially and expand into more emerging markets.

DISCOVERING THE CHALLENGES IN FINANCIAL INCLUSION

While striving to cater to the underbanked in Africa, PayCode encountered three – or perhaps four – difficult areas in the process. It also found out that the challenges were not peculiar to Africa alone. Similar obstacles faced the team in the Philippines.

And PayCode accomplished this feat.

It provides 24/7, real -time and offline access to its consumers and their money; the key component here being offline access. Offline access not just to spend or cash out, but also to upload salaries or grants or healthcare.

DELIVERING THE TRUST AND ALL OTHER SOLUTIONS

PayCode’s answer to all the obstacles hindering its mission of financial inclusion came in the form of a technology which it identified and acquired. The fintech purchased a company – 214 – that resolved the last and most critical of its challenges – trust.

PayCode spent huge amounts of money delivering solutions to the existing technology, growing the company, and adding more good team experience by hiring talent. As these were ongoing, a learning process was also unfolding for PayCode. Through the acquisition, it learnt how to open up in other countries.

Since the acquisition, PayCode has expanded into four more countries, and discovered similar challenges as well – identification, connectivity, affordability.

It also understood the need to take the bank to the individual and not expect the individual to travel long distances in order to be financially included.

Armed with this knowledge, PayCode adapted its strategy and travelled into the outskirts and far-flung rural African communities to meet potential customers to onboard them.

‘The PayCode team would find a school or community center in the village and train some of its locals, usually for a day,’ says Pecker. ‘These locals become part of the PayCode team who onboard their people, giving them a bank account, a card and a wallet.’

THE LAST YARD: PAYCODE BANKS YOU UNDER THE MANGO TREE

For four years, the small village of Chokwe has waited for a social grant promised by its government and the World Bank. PayCode brought this to eventual reality when the team travelled to the village to onboard the residents.

First, some locals were trained on the logistics of being financially included. Then these locals in turn broke down the process into understandable term using the Portuguese Language to communicate. With the absence of a suitable gathering venue, the locals trained their people under a shady mango tree, equipped with a flipchart and writing materials. Thereafter, onboarding began at the same location.

Pecker commented on the willingness and readiness of the residents: ‘There is no social media to announce our arrival, but these villagers showed up because they knew about the event and had waited for so long for it to occur.’

The villagers were in awe too. It was quite unbelievable. They received a bank account and could spend right away.

Pecker shared images of a man being onboarded through biometrics, all of his fingerprints recorded, preventing any form of duplication from taking place. He said: ‘It’s one of the reasons DFID, donors and governments love our system became there’s no fraud or duplication.’

A woman who had been onboarded was given a card and was making a transaction. In five minutes, PayCode onboards its customers and provides an account, wallet and card.

Yet another woman received her merchant card and used it immediately to withdraw cash.

PayCode currently operates in eight African countries and plans to expand to four new ones in January 2023.

How To Identify Traits Of A Toxic Leadership 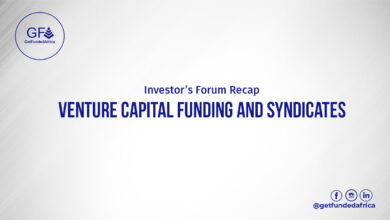 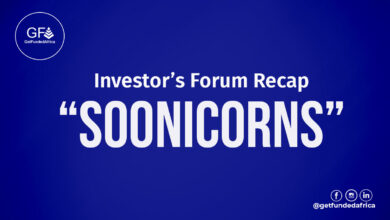 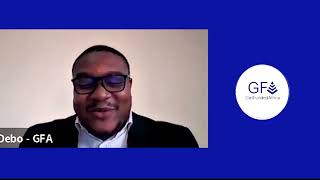