Mirror, mirror on the wall,

Gasp! There are some men that we can call.

Playing with dolls and wearing pink have long been socially acceptable standards of the womenfolk. So also, is tinkering with make-up. From early teens or younger, women have splashed on lipstick, eyeshadow and drawn enviable, smoky eyeliner. The business of facial beauty has always been considered a feminine sphere.

Time was when only women could be nurses and men could be priests, clear cut vocations for the sexes. In these changing times, the world of make-up artists is no longer an exclusive ladies-only club. These men in the make-up industry can contour, highlight and bronze just as well as their female counterparts in the facial beauty business. Sometimes, even better. They give a whole new meaning to the saying, ‘What a woman can do, a man can do…’ Oh, wait! It is the other way around, right?

Let’s hear it for the boys!

Here are eight African men in the make-up industry, boldly wielding their craft and totally unafraid to function in a female-dominated business space.

Shariff got his certification as a make-up artist from Paris. He caters to celebrity make-up, soiree make-up and bridal make-up.

He stands out from his peers with his highlighter magic which can create the effect of glowing skin from within. Not forgetting his incredible eyeshadow and perfect contouring which leaves a flawless, smooth finish.

Kiki Ismail (real name: Ahmed Ismail) has made a reputation for himself in the country with his unapologetic, wild color combinations and artistic looks. Working with international models might be the reason for this avant-garde style.

He is the go-to male make-up artist for celebrities and brides as well as those who love a glamorous finish that does not seem over the top.

Apparently, he was the sole male make-up artist in the densely populated female space in the country for several years before other men decided to throw their brushes into the ring.

Known as Asare in the make-up circles, he offers detailed, flawless and professional make-up services for bridal parties, fashion, and print and editorial.

He has worked with many beauty brands as the lead artist and influencer – NOTE Makeup, SO Aesthetics, Colourbox Cosmetics. His talents have also led to being the head make-up artist at the Kumasi Fashion Week.

Nana Asante Augustine is a most sought-after male make-up artist among A-listers in the Garden City and is better known as Barimah Artistry.

His bridal make-up speciality has earned him a reputation, though he is adept at wielding his brush to create the appropriate facial look for any occasion.

Steve is ranked as one of the top male make-up artists in the country and is famous for his elegant and classy facial looks. His passion, for women to only feel good about themselves but confident as well, led him to a beauty therapy course and, later, to a renowned Kenyan beautician – Suzie Wokabi – for guidance and training.

This self-taught, male make-up artist describes his signature style as extra. And he does not mean using loads of cosmetic products to rainbow a facial canvas. Instead, he incorporates a pop of something extra in his looks – brazen lips, extra-long lashes, incredibly lengthy eyeliner – to stamp his mark.

Dennis is unbelievably talented and about the best male, make-up artist one can find in the city of Nairobi. Starting as a model and appearing on some runways and commercial photoshoots helped him discover his passion for make-up artistry.

The acclaimed king of make-up, according to some reports, stumbled into the business when he saw a lady applying cosmetics, and he became intrigued.

Based in the country’s capital, Abuja, he is a self-taught male make-up artist and one of Nigeria’s finest. His clientele boasts models, top government officials, celebrities and socialites. He also caters to editorial, beauty and wedding events, and holds bridal make-up masterclasses.

Jide’s signature is understated and subtle, a naturally heightened version of his clients’ real faces.

Another Abuja-based boy adept with his brush.

Ronald’s obsession with Kim Kardashian led him into the world of make-up artistry.

Bridal make-up is his forte, and he is known for clean lines and finishing, with his clients appearing to wear just enough make-up to look flawless. He achieves this unblemished feat through a tendency for perfection tendency and simply practising relentlessly until he is satisfied with the result.

He is famous for transforming celebrities into stars, and was the first South-African make-up artist to represent a global brand – Revlon Cosmetics.

Initially, he studied fashion and got introduced to the world of make-up on a tv set while he was part of the wardrobe. It propelled him to enrol for a make-up course.

The celebrity male make-up artist to A-listers. Nthaso has worked with magazines, TV shows as well as been an ambassador to Elizabeth Arden and Iman Cosmetics.

He describes his signature look as ‘high fashion evolution.’ 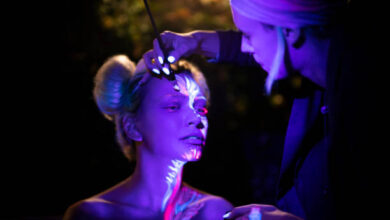 21 Quotes about Make-up by Make-up Artists 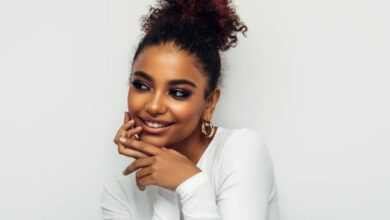 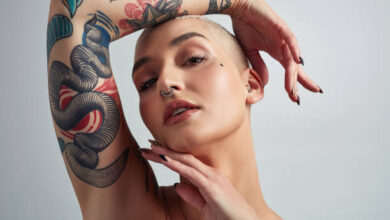 Why Make-up Artists are Important in Society