Ford has signed a 5-year e-commerce agreement with Stripe, an online payment processing company, which it intends to use in scaling and expanding its e-commerce capabilities.

In this deal, the online payment processing company, Stripe, which acquired Nigerian Paystack for $200 million two years ago, would handle the commercial customer funding of Ford in addition to vehicle ordering, booking transactions, route customer payments from the company website to the nearest local Ford or Lincoln dealer.

This deal with Stripe is part of Ford’s plan to create growth and value and is one of many strategic decisions in line with its Ford+ restructuring plan on electrification strategy, which it plans to have invested $30 billion by 2025 to facilitate the company’s growth.

Last year, Stripe raised a sum of $600 million at a funding round, which raised its valuation to $65 billion, with plans to expand its operations to Europe thus, making it a very trustworthy partner for the automobile company.

According to Ford, they will begin to use Stripes technology in the second quarter of the year, starting its operations in North America and expanding to Europe in the near future. It is expected that over time, as the company’s operations continue to expand, customers in other parts of the world including sub-Saharan Africa through Nigerian-based Paystack, would have access to this new technology.

Investors in the Automobile company are positive about the deal as they intend to tap into the resources of other tech companies that are customers of Stripe like Shopify, Salesforce and Deliveroo. Asides from the fact that the collaboration with a tech company is one that shows that the company is advancing, the company is already starting the year on a good financial note as last week, Ford’s market capitalization topped $100 billion for the first time.

What they are saying

“As part of the Ford+ plan for growth and value creation, we are making strategic decisions about where to bring in providers with robust expertise and where to build the differentiated, always-on experiences our customers will value.”

According to the CEO of Ford Motor Credit Company, Marion Harris, 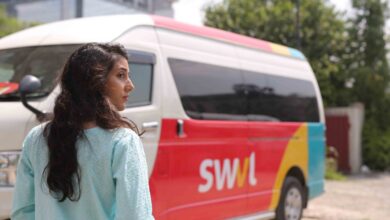