Frain started in February 2021, when Subomi Oluwalana, co-founder and CEO, quit his job as a backend developer at Tangerine Life, one of Nigeria’s leading fintech startups, to build APIs for fintech. Alongside co-founder and COO, Emmanuel Aina, the team tried to sell APIs to startups for several months without much success. While tweaking their solution to be more commercially viable, the team realised that webhooks were a ubiquitous problem faced by most startups looking to build APIs.

This realisation resulted in the creation of Convoy — a cloud-native webhook service that allows developers to push webhook events to their users in a matter of minutes. Webhooks are a core infrastructure component for most API businesses like Stripe, Twillo, and Paystack. For the non-technical, Webhooks has become a critical component of modern APIs. It is technically the glue that makes APIs work. Essentially, a failed webhooks event has a direct customer impact. A failed event from Paystack means a customer won’t receive value for their purchase on Domino’s while the customer has received a debit alert. It means a Piggyvest customer will not see their top-up while the customer has received a debit alert.

Prior to the creation of Convoy, engineers needed to build and maintain this infrastructure component in-house when building their APIs. Convoy, which is Frain’s flagship product, is open-source and can be used by developers around the world to fast-track their building process. With Convoy, engineers have one less infrastructure component to figure out and can focus on building their product – the API.

Since its launch, Convoy has received a great reception from the local community, with a number of companies using it in production. Most notably Buycoins, Termii, GetWallets, Dojah, and a few others.

Speaking on why Convoy was built, cofounder and COO, Emmanuel Aina said, “At Frain, we’re specifically passionate about open-source and developer tools. We’re unlike most companies in our space. Convoy can be used by any developer anywhere in the world, building a product that requires webhooks. ”

Following the fundraise, Frain will continue to invest in the development of Convoy and develop more tools for developers. Speaking on the future of Frain, Subomi, co-founder and CEO of Frain, said “We are excited to have received the support and endorsement of these investors and we look to grow and expand our product offerings in the coming months, while also increasing the number of clients that we cater to. We believe these are interesting times for Frain Technologies. We are super passionate about open-source and developer tools and championing a new crop of startups building global dev tools. We are building the next HashiCorp, GitLab, GitHub out of Lagos, Nigeria.”

Lead investor, Rally Cap Ventures stated that it was very clear upon meeting the founders of the business that they were building an important tool and Rally Cap was pleased to invest. Hayden Simmons, Founder of Rally Cap Ventures said, “Rally Cap Ventures invests in core infrastructural API companies that enable fintech solutions to scale across emerging markets; immediately upon meeting Subomi and Emmanuel, it was clear that they’re deeply passionate experts, building in a critical space. After sharing with our portfolio companies, it was also clear their product is in high demand not just across Africa, but globally as well.”

Frain Technologies is a Nigerian-based developer tooling startup reinventing the way we build products by designing tools for the product delivery value chain. Our flagship product, Convoy, is an open-source webhooks service that enables developers to push webhook events to their users.

Frain Technologies was founded in 2021 by Subomi Oluwalana and Emmanuel Aina and since then has helped notable businesses like Buycoins, Termii, GetWallets, Dojah to worry less about infrastructure and focus on building their API. 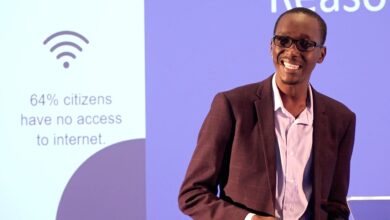