How much impact investment comes into Africa every year? And do you think it’s enough?

Over the years impact investing in Africa has seen a steady rise.

As at 2014, the UNDP estimated that at least $8 billion had come into Africa via impact investment. Yet, there’s still a huge gap of $100 billion annually needed to support  Africa’s much needed growth.

Impact investments are investments made in companies, organizations and funds with the intention of generating measurable social and environmental impact in addition to financial return.

The definition of  impact investing can be a bit  broad and difficult to agree on, with different players adopting a separate understanding of what social impact can be achieved through investment, how it can be measured, what should be the financial return, and who should be receiving the capital.

Nonetheless, most African impact ventures have a common goal of trying to improve the quality of lives  through increased access to basic services, or  addressing  challenges like job creation, income inequality, youth unemployment or climate change.

One of such impact ventures focused on Africa is Development Alternatives Incorporated (DAI), which since 1970 has worked in over 150 countries.

In its early years in Africa, it focused on providing advisory support and giving grants to organisations driving sustainable change.

However, in recent years, seeing that some of those organisations it supported have gone on to become bigger businesses.

DAI is focusing on supporting the ecosystem by deploying impact-oriented funds into companies with the goal to set them up to be better positioned to access for future commercial investments.

DAI funded Twiga foods which started in 2014 and is now among the leading Kenyan fresh fruit and vegetable tech-driven distribution companies.

DAI has realised that there’s only so much impact funds can do for companies until these companies need to access commercial funds.

More recently, in its bid to amplify  efforts to attract commercial capital into Africa, DAI entered a strategic partnership with Magister Advisors to form DAI Magister.

While DAI bought a majority stake in Magister advisors, Victor Basta, formerly Managing director of Magister Advisors and now the CEO of DAI Magister told me in a recent conversation that DAI Magister is still a separate entity that would continue working as it always has.

For DAI Magister it’s all about doubling down on Africa. Victor expects that in a few years, half of all the capital raises and advisory deals from DAI Magister would be Africa-focused.

In his words, he describes the thinking behind the partnership with DAI.

“There were about 100 companies in Sub-saharan Africa that raised at least $1 million dollars last year. 3 or 4 years ago that number was about 10 or 20. When we look at the work we do, we expect that if only 10 or 15 companies would raise rounds of around $25 million, then that’s fine for us in a year.

More importantly, when we look at the next 3 to 5 years, it’s clear that the ecosystem is just getting started and growth is compounding. For us, doing this before that happens means we can be fully in the market.

Fundamentally, it’s a bet on the market. It’s actually a bet on a lot of startups that raised $ 1- 2 million recently, and the bet is that they’d be raising that kind of money [$ 25 million+] in the next few years. Time will tell but we have a lot of people and a lot of money betting on them.”

In response to his passionate talk about this bet, I quipped in that the market better show up!

After a short laugh, he replied explaining further.

“Look, it’s hard scaling businesses in Africa, even a high-quality tech-enabled business in Africa. And it takes more capital than most people imagine because you have to buy your trucks if you’re doing eCommerce, you’ve got to buy your own warehouse if you’re doing agriculture. You’d have to do stuff that you won’t do in the West.

The big bet is that Africa’s growth will outstrip expectations. California’s economy is $3.1 trillion while Nigeria’s is $400 billion and there are 200 million people. Everyone can do the math. We’re making a bet that the Private sector and the ecosystem would transform the continent. That’s the bet.”

Victor went on to talk about how this strategic partnership would lead to increasing its African coverage by being able to do deals in other African regions and also hiring more staff within the next 12 – 18 months.

Also, Magister has partnered with Investment bank Clermount, adding the team, to help drive its expansion as they double down on Europe and Africa.

For DAI, it is about realising that there’s more activity in the ecosystem and that earlier grant-funded projects were yielding positive results.

For instance, Twiga Foods  went on to raise $30 million last year to expand its operations in Africa.

When I asked what this change could mean for the type of work DAI Magister does, Victor hints at some possibilities saying,

“If you’re meeting interesting companies, there must be different ways to help them while making some money.”

With moves like this, It’s clear there’s a growing interest in Africa and this time it’s more than grants and impact investments. Africa is undergoing a transition from being largely dependent on impact money.

Be part of the African transformation by becoming a mentor TODAY!

The African continent is going through a revolution driven by its startups. Your experience could help develop the next Facebook, Google or Netflix. You can be part of this story by volunteering your time to mentor an African startup. Apply Here

In this Episode of GFA Attract we interviewed Efemini Awosika who is the CEO of Robert &John and Efemini Academy, shehas worked professionally for several years, schooled in different continents and obtained a number of degrees now an entrepreneur. Watch Here 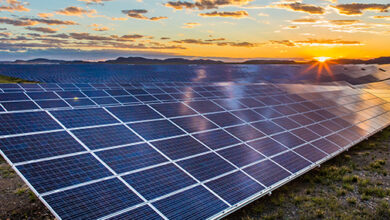 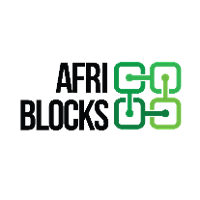