The American tech-based entrepreneur and co-founder of Twitter and Square – Jack Dorsey declared in 2019, his intention to live on the continent of Africa for between 3-6months in 2020. From his visit in late 2019, several eagle-eyed stakeholders have attempted to pin-point his actual business-play for Africa.

What’s the attraction for Jack Dorsey?

The pull & potential of the African market is clear. With a growing population, over 50 countries and a clear path for digital and tech growth, for those ready to ride the risks and idiosyncrasies of the continent, it is a clear and present harvest in waiting.

African has rapidly become a funnel of investments and funding from the tech point of view, we constantly a rising tide of commitments to start-ups, incubators and tech growth hubs.

The continent is one of the fastest-growing regions for tech adoption thanks to a young population and an emerging middle class. People there have become early users of new technology, such as payment apps. Funding of African startups more than doubled last year to $1.16 billion, mainly driven by fintech investments, according to a report from venture capital firm Partech Partners.

According to the GSMA industry association’s report for 2019, Sub-Saharan Africa is the region with the highest growth in wireless adoption, with a large number of jobs and economic growth tied to the mobile landscape. African leaders are also working to establish the world’s largest free-trade zone, the African Continental Free Trade Area, which would cover a market of 1.2 billion people.

GetFundedAfrica notes that Dorsey’s Square business interests and direction could appreciatively align with Africa’s push in the direction of mobile payments. Square has expanded into small businesses, and according to the IFC, this sector accounts for up to 90% of Africa’s GDP. GetFundedAfrica also emphasizes the rapid increase of mobile payments becoming a pillar in key business areas like the digitization of the Agricultural last mile. Agricultural development sits at the top of the priority list of African Governments.

So, on the table matters like mobile payments, a very scalable business model plugged into a continent forecasted to produce up to 50% of the world’s population by 2050, and it becomes easier to understand Dorsey’s mindset.

With a staggering amount of resources, throw in the current trend of National Governments such as Nigeria aggressively supporting Financial Inclusion via platforms like mobile payments, Africa represents a gateway for now and the future.

Dorsey, as a creator and solution minded provider would also be attracted to opportunities to create completely new eco-systems in Africa. Several sectors provide avenues for innovation & partnerships.

Hotbeds for start-up investment include South Africa, Kenya, and Nigeria, where investments exceeded $1billion circa in 2018, with fintech businesses currently receiving the bulk of the capital and dealflow, according to Partech and WeeTracker stats.

Observers have the opinion that his visit indicated an interest in the African innovation terrain, in particular as regards fintech and how it relates to Bitcoin.

Dorsey’s interest in Nigeria can be spelled out in how Nigeria has emerged as the start-up formation center of the continent and Venture Capital, and the landing of big tech players (Facebook, Microsoft, Google) with feet on the ground in places like Lagos.

Observers also noted that the interest in pushing Twitter’s agenda in Africa seemed a back-story compared to Dorsey’s focus on Bitcoin during the visit with stakeholders.

If Bitcoin is on this tech titan’s radar for the continent, how do you think you could position yourself?

“The only concrete thing in all this communication….is he seems to be interested in Bitcoin,” CcHub’s CEO Bosun Tijani is quoted as saying.

Dorsey is noted proponent of Bitcoin and block-chain based technology, investing tens of millions a Bitcoin based Start-up called CoinList.

Techcrunch identified a possible insight into Dorsey’s African Bitcoin intentions. In an interview with Australia’s Financial Review, he said “I think the internet will have a native currency and anything we can do to make that happen we’ll do,”

Techcrunch takes this as a description to an extent, of a primary case for riding on the back of cryptocurrency, to help in plugging the existing holes and inconvenience of moving money in Africa.

By several estimates, Africa is also home to the largest share of the world’s unbanked population and has a sizable number of underbanked consumers and SMEs.

There are hundreds of payments startups across the region looking to move that needle by getting these people on the financial map — and, more opportunistically, getting them to use their products.

To be fair, the adoption of digital finance products, such as M-Pesa in Kenya, have succeeded in reaching tens of millions.

Techcrunch further mentioned that a characteristic of successful African fintech products, however, is that their use has been geographically segregated, with few apps able to scale widely across borders. Some of that relates to vastly different regulatory structures and the difficulty in shaping product-market-fit from country to country.

Cryptocurrency’s potential to bypass inefficient or deficient finance structures has been getting attention in Africa.

The last two years witnessed several ICOs on the continent. In 2018, SureRemit raised $7million via one of the largest coin offerings.  This startup launched a crypto-token aimed at Africa’s incoming and intra-country remittance markets.

SureRemit’s CEO, Adeoye Ojo, sees the relevance and timing of Jack Dorsey’s interest in cryptocurrencies on the continent.

“Right now a lot of people and governments in Africa are aware of blockchain and cryptocurrencies, compared to two years ago, and asking questions about how this can be leveraged; what kind of products can we build around this,” Ojo told TechCrunch. Bitcoin, according to Ojo, is finding utility on the continent. “It has helped people with value transfer significantly. A lot of businesses trying to make payments outside Nigeria…frustrated with access to forex or access to USD, are leveraging Bitcoin to make payments directly to vendors or suppliers in Asia and Europe,” he said.

Square has yet to launch any services in Africa, but if there is a business purpose for Dorsey’s residency, one could be considering how and if the company has scope for building out services in the region, specifically one based around cryptocurrency.

In whatever directions Dorsey’s intentions may go, interested business people should consider how his African journey may create new tunnels for business and funding. Potential stakeholders in what could become Dorsey’s value-chain can also begin to position themselves. 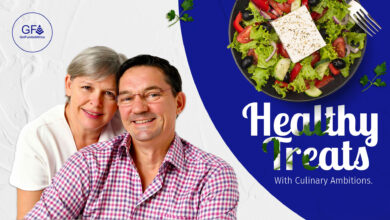 Healthy Eating Tips For Entrepreneurs While Waiting At The Airport 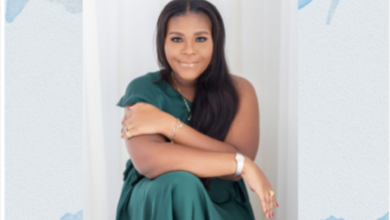 Kemi’s Korner: Why You Should Be A GFA Volunteer Mentor.